There are plenty of variants of interpretations in regards to scripture and the Christian life with many of them being placed in the region of simplistic connotations. Simplicity works well but only in certain situations and circumstances. When trying to better understand complex issues that are tied into our complex and chaotic reality we inhabit, it is essential to delve deep within terms and ideas to better understand what actually works and how it operates on a fundamental level.

In scripture we read about the conception of transformation and renewal being central within the Christian life. This is an absolute profound concept and is echoed throughout other religions and philosophies as well, but the one primary factor that distinguishes the Christian philosophy from the rest is that, unlike its counterparts, it focuses on the idea of transforming into the image of a person, that is Christ. While others is transforming into an enlightened being of some sort with no real aim of reference, no foundation in which to direct the transformation process towards.

“And do not be conformed to this world, but be transformed by the renewing of your mind, that you may prove what is that good and acceptable and perfect will of God.”

To better understand the Christian philosophy of transformation one must begin by looking at the original Greek word used, and then by breaking it down into sub-components where the true understanding starts to manifest itself. The Greek word that is used here for transformed is, Metamorphoo, where we get our modern English word, metamorphoses from which means to change into another form, to transform or transfigure in the most literal sense.

“Therefore do not lose heart. Even though our outward man is perishing, yet the inward man is being renewed day by day.”

In this verse we see the word renewed being used, the same as in the verse above, which Greek word is, Anakainoo, meaning to cause to grow up, new, to make new, new strength and vigour is given to one, to be changed into a new kind of life as opposed to the former corrupt state. So this, again, is the concept of changing from one mode of being to another. Both words are not suggesting a few minor changes, but rather encompasses the entire being of the person.

A profound idea and approach to the way of life and perception thereof, especially for ancient people. This idea has shown to hold up to the weight of scientific research, and not only hold up, but prove to be true within itself. New research has shown that as people embark on the journey of learning new things and changing old habits, they begin, in the most literal sense, to change the way in which their brain is wired and ultimately change their entire mode of being.

Neuroplasticity is one of the more recent discoveries that points to the concept of the brain’s ability to reorganize itself, both physically and functionally, throughout our life due to our environment, behavior, thinking and emotions. It suggests that as we learn something new, neurons that send and receive information about the task become more efficient and as time goes on it takes less effort for them to signal the next cell about what’s going on which, in a sense, the neurons become wired together.

This rewiring of the brain does not only affect the intellect of the individual, but the emotional, physical and biological components as well. Overtime an individual will actually transform into a new mode of being, both mentally and physically. This state of change is not limited to age either as regardless of one’s age, they are still plenty capable of change by simply changing their habits, environment and embarking on journey’s of discovering and learning new things.

The question to ask yourself as an individual is what have you done to change? Have you been seeking to be transformed into the image of Christ? Or have you remained the same for years?

“Therefore, if anyone is in Christ, he is a new creation; old things have passed away; behold, all things have become new.”

The Christian life is a life and philosophy of newness and oneness that is found only in Christ. This newness is not obtained overnight, nor is it a lazy individuals cup of tea. It requires effort from the individual to change their habits, environment and learn new things. The Holy Spirit is there to help us, but it is up to us to wake up everyday and decide to take the path of change. Everyday will bring us closer to becoming a new person, the person God has called us to be. 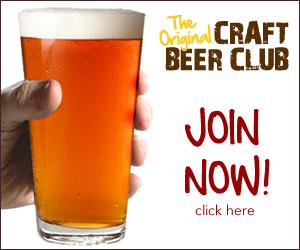